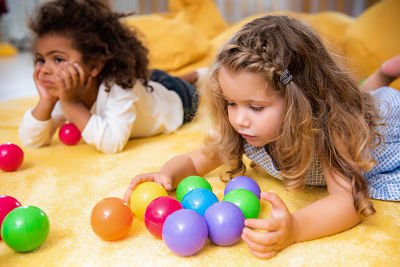 “Diversity” is the kindergarten of inclusion: it’s all about numbers and colors.

Not to knock kindergarten, but the question of how many of one group or another your organization has, while important, is the least interesting question. And to focus on race and/or ethnic background, with maybe a smidgen of gender thrown in—is to severely limit the meaning of diversity. True diversity encompasses a wide range of often-overlapping identities, and the much bigger and more valuable question is what do you do with this diversity. It’s that question that has led so many companies to make inclusion the focus of their efforts.

What inclusion really means, and why it matters

Inclusion means making sure everyone feels they are respected, treated fairly, and truly belongs. Everyone is engaged with their work and the mission of the organization; no one is afraid to put certain pictures on their desk or discuss their weekend plans or wear their hair in a particular way.

If one important reason for diversity is giving voice to diverse perspectives, then diversity without inclusion is pointless. People aren’t going to speak up if they don’t feel like they are part of the organization, sharing in its mission and culture. They aren’t going to be engaged and contributing their best if they are busy tamping down all the things that make them different.

Numbers do have their place, though

Being the one “diverse” team member in an otherwise homogeneous group can be pretty intimidating. In such a situation, no matter how many messages of inclusion you hear, you may well feel uncomfortable speaking up and contributing to your fullest. Of course, there’s also the issue that a single diverse perspective is not likely to have a tremendous impact on the direction of an initiative or business strategy. But when you get a group that is truly diverse and inclusive, magical things can happen. And then there is the power of employee networks…

In the kindergarten days of diversity, many companies had affinity groups of employees representing different aspects of it: African-Americans, Asian-Americans, women, employees with disabilities, and so on. But what, exactly, did these groups do? At best, they provided valuable support and networking for others within the group. They might also sponsor cultural sharing activities for the organization, such as Lunar New Year or Hispanic Heritage celebrations.

Don’t get me wrong. There is a real value in both these activities. But in the grown-up world of inclusion, groups like these have come to serve a purpose that benefits the business and everyone in it: smart companies use them in recruitment, in product development, in strategy design. Take Comcast, where (according to a presentation at this year’s Great Place to Work summit) a network for employees with disabilities became intimately involved in designing an accessible TV remote, and a network of military veterans had the brilliant idea of employing “trailing” military spouses in the company’s virtual call centers.

Thinking outside the blocks

A culture that celebrates the diverseness of diversity—in other words, a culture of inclusion—may find other surprising ways to grow the business, taking a metaphorical leap from kindergarten block corner to geodesik dome. Consider the Autism at Work Roundtable, a coalition of six companies that realized the benefits of intentionally hiring individuals with autism, and training managers to work with them successfully. People with autism tend to be highly focused and are thus often especially good at detail-oriented tasks (and really, what task isn’t detail oriented)? In a recent Fortune article, Anthony Moffa, a middle-aged man who has multiple advanced degrees and works as a software engineer at Chase, talks about how he struggled in the past to get and keep jobs. You might say he was always hired despite his autism—until a couple years ago, when Chase hired him because of it.

So what’s the bottom line?

According to Deloitte, “when employees think their organization is committed to and supportive of diversity and they feel included, employees report better business performance in terms of ability to innovate, (83% uplift) responsiveness to changing customer needs (31% uplift) and team collaboration (42% uplift).” According to the Workforce Diversity Network, companies with inclusive environments have 39% higher customer satisfaction, 27% more profitability, 22% more productivity, and 22% less turnover. According to the Great Place to Work Institute, companies ranking in the top quartile for a culture of what they call “inclusive innovation” (meaning every employee feels empowered to contribute innovative ideas) experience five and half times the revenue growth of those in the bottom quartile.

What’s the bottom line? Kindergarten was fun–but it’s time to grow up.