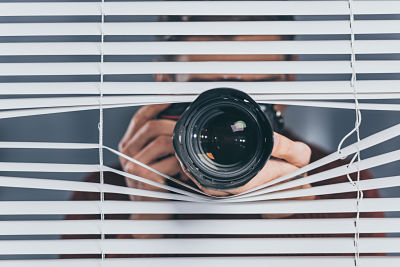 Here are the opening paragraphs from a September Washington Post article I read:

“When Kerrie Krutchik, an attorney for 34 years, was hired this spring for one of the legal field’s fastest-growing jobs, she expected to review case files at a pandemic-safe distance from the comfort of her Ohio home.

“Then she received a laptop in the mail with her instructions: To get paid, she’d have to comply with a company-mandated facial recognition system for every minute of her contract. If she looked away for too many seconds or shifted in her chair, she’d have to scan her face back in from three separate angles, a process she ended up doing several times a day.”

When I finished picking my jaw up from the floor, I considered the situation. This woman has 34 years experience in her field. She was hired, presumably from a field of candidates—given that it was a remote job, it could have been a large field of candidates, indeed. Her employer went through some sort of hiring and vetting process and gave Ms. Krutchik the job because, presumably, they thought she could do the work.

And they saw that she had 34 years experience. Doing the work.

And yet they felt it was essential that they monitor (so to speak) her every move. They somehow seemed to think that if they couldn’t see her face, every minute of every work day, she might not be doing her job.

It does not seem to have occurred to anyone at her place of employment that, in lieu of spending God knows what on specialized technology, they could have just checked on occasion to see that the case files had been reviewed. (I obviously do not know the specifics of Ms. Krutchik’s job description. Chances are, given her years of experience, she was doing work sophisticated enough that there would have been any number of tells if her work wasn’t being done to her employer’s satisfaction.)

As I mentioned, this article appeared some months ago. I am writing about it now because I simply cannot shake the image. I just don’t get it. Why would an organization that is presumably smart enough to be running a successful enterprise do something so dumb?

Of course, this employer is not an anomaly. I have written before about the increasing use of surveillance with remote employees, and the Post article itself goes on to describe several more cases just as horrifying as this one, or worse.

Yet techniques like these are misguided, on so many fronts:

Not everyone works best by sitting and staring at a screen all day. In fact, experts say nobody should sit and stare at a screen all day. Beyond that, some people simply don’t function well sitting still. Some people (and I count myself among these), do their best thinking when they fidget, pace, look out the window, etc. Some people, like those with ADHD, literally can’t sit still for that long. Which means that any software predicated on the requirement that workers sit, staring at the screen, typing away non-stop all day is going to preclude neurodiversity.

There’s another diversity problem. Facial-recognition software frequently has trouble recognizing Black faces, as the Post article points out. So we have at least two aspects of inclusiveness that may be compromised as a result of an insistence on certain kinds of employee surveillance. As a reminder for the “so what” crowd, research shows a direct link between diversity and profits.

Smart people, skilled people, creative people—the kinds of people an employer wants—have options. Chances are, they don’t enjoy being treated like children, and they don’t necessarily have to put up with it. They will leave to find an employer who respects them, just as several people mentioned in the Post article did (including Krutchik—after just two weeks)!

Some people will stay, though, and I’m betting some of those folks might just get sick. It is stressful knowing you are always being watched or listened in on, or that your every keyboard touch is being tabulated. Stress leads to any number of poor health outcomes. Whether it lowers your immune system so you catch a cold or has a more dire effect, such as driving up your blood pressure, it’s going to affect your work output and quite possibly drive up employer health care costs, too.

It’s an invasion of privacy. Pure and simple. There is absolutely no justification for an employer reaching into your home through your computer. First, most people will be at least occasionally using their computers for things other than work. Say you take a quick break to check your bank balance, or read a personal email, and the software sends a screenshot to your boss. (Some of the surveillance software transmits random screenshots throughout the day.) And then there are the systems that can actually listen in on employees—many of whom, especially these days, are home with a spouses and children. This is not only outrageous, it’s downright creepy.

I can’t imagine how much money and time some companies must be putting into not only setting up these systems, but monitoring them. To what end? To find out, maybe by the day they walk out, that employees like Kerrie Krutchik are doing the job they were hired to do?

Here’s an idea: If we’re moving into an era when remote work is an everyday occurrence, let’s see if we can’t figure out a way to put the resources now being put into surveillance into enabling employees to do their best work, instead.

The applications for all the Seramount (formerly Working Mother) family of “best company” lists will be out soon. I can help you tell your story.