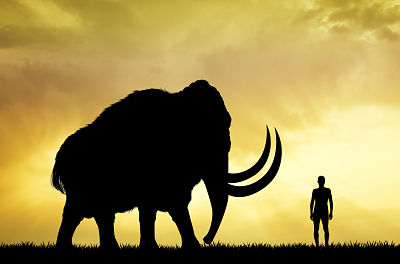 2020 had to be a tough year for organizations that administer “best place to work” lists. After years of fine-tuning their application processes to uncover just the level of nuance that would separate the very best employers from the wannabes, suddenly they faced a pandemic-sized elephant in the room. More than that: a wooly mammoth. How to determine what made a great place to work in the midst of an unimaginable death toll and the greatest disruption of daily life in most of our lifetimes?

Some of it almost certainly came down to timing.

Fortune’s “100 Best Companies to Work For” list is administered by a group called Great Place To Work. Companies vying for recognition on this annual list normally start applying sometime in the spring or summer; in recent years entries (which can take a lot of time and effort to complete) have been due in late August or early September.

So last March, when all hell was first breaking loose, the folks at Great Place to Work had to think fast. It must have been a particularly demoralizing moment, because the organization had recently unveiled a fairly major overhaul to its whole application process.

First, practically speaking, they must have realized that few companies were going to have the time or resources just then to be applying to a “best company” list. They quickly solved this one by moving the deadline to November. The trickier problem was how to judge: Are the makings of a great employer the same in a time of crisis as in other times?

As I wrote last summer, it’s times like these that deliver the true test of an employer’s greatness. If what made employees feel great about their company was based on bells and whistles — the free food and ping pong and back massages — and, if, in fact, these same companies did little to support their employees now, when the need was greatest, then it was worse than bells and whistles. It was smoke and mirrors.

In the end, Great Place to Work took the position that all the various questions about programs, policies, practice, and culture from previous applications currently boiled down to one critical question: How are you treating your employees now, when things are at their worst? That question, essentially, became their application.

A few other, smaller applications that I’m aware of (which are by no means the full universe of “best workplace” applications) took a very different approach to the mammoth in the room. They asked the same questions they always ask, sometimes verbatim, and sometimes with one or two tacked on questions specific to the year’s unique circumstances.

This is the approach ultimately taken by the folks at Working Mother Media. Even in normal times there are huge differences between the application processes for the Fortune and Working Mother best company lists. But in this case, accidents of the calendar also made a huge difference. Working Mother, which administers five “great workplace” lists, all with applications due in February or early March, had the luxury of time. Employers were trying for these lists well into the pandemic year — mostly, in fact, in early 2021. By this time, most had had plenty of time to adjust, and the infamous “new normal” had fully taken hold.

So it made some sense for Working Mother to stick to the questions it always had, while adding a few specific to the pandemic year. But I don’t think it was just about timing.

Another way to look at this whole question — what makes a great employer — is that companies with strong policies — the kind that actually make employees feel supported, included, listened to, and so on — are the very companies that can best face down a pandemic. Once you adjust certain policies and practices for the realities of remote work or even temporary shut-downs, those policies and practices tell you a lot. In other words, asking the same questions about the same practices, even during this anything-but-the-same year, may yield some vital information about how employees have been treated.

Asking about these practices is, in effect, saying “We understand it’s been a hard year. But we’re still holding you accountable for all the ways you’ve supported employees in the past.”

I don’t know what the ideal approach to judging a great workplace in 2020 might have been. But it’s interesting to consider these two ways of looking at it. Either:

The Fortune list will be out shortly. The Working Mother list will follow in the fall. It will be instructive to see what companies made the grade on each, and why.