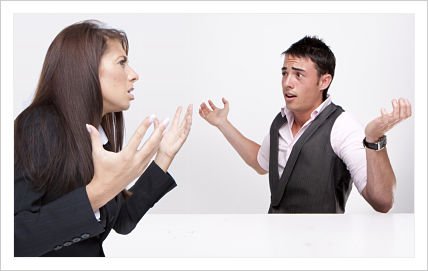 Three years ago, as political tensions started to rise in the wake of Trump’s election, I wrote a piece about the toll our increasingly feverish political climate might be taking on employees. Since then, day by day, the fever has risen. 2019 saw our national temperature skyrocketing, so it’s hard to fathom what 2020—an actual election year, post-impeachment but pre-trial, now with the threat of war, will do to us all.

CNBC Make It reporter Abigail Hess points out that it is no longer practical to discourage political discussions at work—according to a recent survey by SHRM, nearly half of all employees are getting involved in, or witnessing, political disagreements on the job. Fifty-six percent say “politics and the discussion of political issues” have become more common at work in the past four years. And, as I said, those numbers are only likely to rise in 2020.

Meanwhile, a survey conducted by the career website Zety finds more than 83% of employees saying they talk politics at work. A write-up of the survey on the site includes quotes by numerous employees about the retribution they feel they’ve experienced for expressing their views. Large majorities say they feel disrespected (77.9%) or bullied (87.3%) by co-workers due to their political beliefs, while 80.9% say they have difficulty working with co-workers for the same reason.

The question of talking politics at work is extremely complicated. Received wisdom holds that such discussions should always be avoided by employees, and discouraged if not outright forbidden by leadership. As Hess’s article points out, even if there are no official rules against political discourse, private employers are completely within their rights to fire employees for their stated politics, and some have done so. Meanwhile, most companies have also traditionally avoided taking political stances, for obvious reasons.

The problem with all this received wisdom is that in today’s insanely divisive landscape it can come smack up against an increasingly recognized, and completely opposite, perspective. More and more, having a diverse and inclusive workplace is being defined as ensuring employees feel comfortable bringing their whole selves to work. (As I’ve written about on several occasions before.) Not only that, but companies are increasingly expected to take a stand on important issues, and to publicly trumpet their values.

Why is this a problem? Because politics today is not a policy-based abstraction. With the help of the silo-ing available through social and cable media, political ideology, for huge numbers of people, has become a key aspect of identity. For some employees, being told to leave this part of their identify out of the equation at work every day feels like being asked to deny who they are. But that’s not all. So many of the policies that are being debated are cultural values, tied to deeply held personal beliefs. Saying, “let’s just agree to disagree” about a hotbed issue like abortion, or LGBTQ rights, or the environment, simply doesn’t work. People holding beliefs on both sides of these issues firmly believe that they are Right and the other side is Wrong, and many believe the future of our country—even the world—is at stake. Asking them not to argue for a thing, when they think not arguing for the thing could literally mean the end of the world—well, it’s a lot to ask.

When it comes to companies, this cultural divide can be a minefield, because it makes “neutrality” a fiction. (In truth this has always been the case, as the existentialists told us: not doing something is every bit as much a form of action as doing something.) But today customers, investors, and even employees are demanding that companies actively engage in the world in a way that demonstrates their values. Missteps can be disastrous. Look at the fallout the Hallmark Channel faced when it tried to pull ads featuring same-sex weddings. I personally believe that LGBTQ+ rights (like women’s rights) are human rights, and to deny them is morally inexcusable. But in today’s climate, that is not just a value, it is a political stance. By first pulling the ads (under pressure from some on the right) and then putting them back on (under pressure from many on the left—and advertisers), Hallmark was taking sides—first one, then the other. I am convinced it did the right thing, but make no mistake, it was a political statement—“neutrality” was simply not an option.

So here we are, entering 2020, an election year that is bound to be one of the most politically contentious in our country’s history, and the usual rules of workplace and corporate decorum have been blown out of the water. What to do? Honestly, I have no idea. For decades now we’ve been, advertently or inadvertently, creating new ways of working, and companies have been finding new perspectives on what it means to be a corporate citizen. I suspect this next year will take us even further down this path, as we all explore what it means to work together, while holding fast to our identities and our values.

The Working Mother “Best Company” list applications are out now!  Let me help you tell your story!