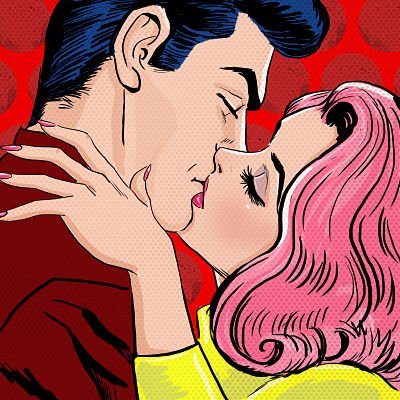 I’ve just put a bow on my busiest season, the late spring and summer months when I work with companies to put together the best possible submissions for next year’s Fortune 100 Best Companies to Work For list.

In other words, I spend each summer helping my clients tell their stories—stories about how they work to create fair and equitable workplaces, how they create a sense of mission and camaraderie and fun, how they make sure their people have opportunities for professional development and time to cultivate a life outside of work—all the details that add up to a great place to work.

In the process, over the years, I’ve seen many examples of how not to tell a story. I’ve found that, too often, people want only to describe the current state of affairs—the fabulous new program, or approach, or policy. In other words, they go straight for the end of the story, forgetting that any good story also has a beginning and a middle.

When a company has a great program or policy—especially if it’s relatively new—there’s often a story behind it. And the story often starts with a negative: Too much turnover, for example. A drop in sales. A workplace accident. Negative feedback from employees or customers. The beginning of the story is not always a pretty picture, and it is understandable that employers may not want to share it.

But there’s a middle to the story, too. That’s the part about the company as hero. It’s the part about leaders who listen and respond. Who aren’t afraid to admit things aren’t going well, or try new things. Who pilot stuff, fail, and try something else.

The fact is, what really makes a company great is not so much the visionary leader who has initiated all kinds of great practices. While those can have a huge impact on the employee experience, they can also disappear. After all, the visionary leader could be gone at any moment. What really makes a great company (and the makers of most “great employer” lists know this) is not just what an organization has to offer, but how it got there. The fact that leaders have the humility to listen and make changes—that’s what makes  a company great. That’s the middle of the story, and that part makes no sense without the beginning.

The beginning and the middle are the parts that give meaning to the ending.

Yet too often people tasked with telling their organization’s story just want to get to the punchline. “We just launched this great program!” they want to shout. People up and down the organization—the leaders and the lawyers—are often especially anxious not to call attention to whatever not-so-great situation may have started it all.

Of course, in business writing it’s not such a bad idea to lead with the punchline. Unlike in, say, fiction, it’s considered good form to state the conclusion up-front, and thus not waste anyone’s time. That’s fine. But in writing a great “great place to work” story, it’s often extremely helpful to follow up that conclusion with what led to it—what problem your solution was trying to fix. It might be a bit embarrassing. It might shed a bad light on something in your company’s past. But the company fixed it! In fact, your ending might not even be an ending – ideally, your company is continuing to fix things, all the time. That’s the good news and that’s the story!

Imagine a movie—say, a romantic comedy—in which two people are in love. They stay in love. For two hours, they lovingly enjoy each other’s company. The movie ends. Here in New York City, the price of a movie ticket has topped $17, but I wouldn’t even rent this one on Amazon. In fact, you couldn’t pay me to sit through this particular rom-com, and I’m sure the same is true for you. Fortunately, this is no loss for the film industry, because such a movie would never be made: it’s all ending, with no beginning or middle.

Every story needs a beginning and a middle, and the ongoing story of your organization is no exception!

Trying for a corporate award? Slogging through an RFP? Or just trying to explain your benefits to employees? You can’t win if you can’t tell your story. Why not let me give you a hand?