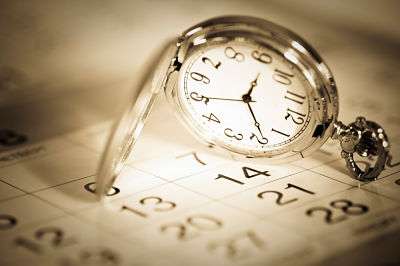 As the media busies itself with story after story about who is returning to the office, who still working from home, and who leaving the workforce altogether, another story is quietly developing—a story that has the capacity to upend the way we think about work.

I’m talking about the four-day workweek.

An idea that seems to surface every few years, only to fade, the four-day workweek may just have more staying power this time, when so much about the way we work is apparently up for grabs.

First, a point of clarification. There are people and organizations out there who have tried fitting all 40 of their weekly hours—and then some—into four days. This is what is formally known as a compressed work week, and its not what I’m talking about here. On the contrary, the four-day workweek is one in which the definition of “full-time” changes. Everyone works fewer hours on a regular basis and—it turns out—no one is the worse for it.

How can this be, you ask?

Well, for one thing, “fewer hours” does still often mean slightly longer days—at least for those lucky few who would normally still work a true 7- to 8-hour day. In the experiments that have been tried, workers are generally asked to fit 35-36 hours of work into four days. But given how few people these days actually shut down their computer at 5 p.m., I don’t think that has anything to do with the success of these policies.

No, I think it comes down to a fundamental truth about the way most of us work—a truth that until now few have been willing to admit. Thanks to the Covid-sized jolt in our work routines, it has become harder and harder to ignore the truth: a lot of time spent at work is not productive work time. Many of us, in fact, could get all of our truly necessary work done in much less time, if we didn’t waste time on busywork and unnecessary meetings. And if we had sufficient time off to avoid feeling burned out and exhausted.

This last—feeling burned out and exhausted and worn down by meetings—is one of the things that has been driving the Great Resignation. As has the fact that so many employees working from home have come face to face with the many ways they could be spending their time, if they weren’t spending five days out of seven in an office.

Skeptical that work normally done over five days can be accomplished in four? Don’t believe me. Look at Iceland, where a great experiment has occurred. Between 2015 and 2019, the Icelandic government tried out four-day workweeks in dozens of workplaces, including preschools, offices, social service providers, and hospitals. The result was a resounding success: productivity stayed the same or improved, while workers reported they were less stressed, felt healthier, and had better work-life balance. Since then unions all over Iceland have been negotiating shorter weeks, with the result that 86% of the workforce either already has the right to work this way or soon will.

Similar experiments are underway in several other countries right now, and companies in the U.S. are beginning to take notice. Last fall, the tech company Bolt piloted a four-day work schedule. At the end of a three-month trial, 94% of workers and 91% of managers wanted the program to continue. Meanwhile, the video game production company Blackbird Interactive recently went to a four-day schedule, and last summer Kickstarter announced that they’d begin a pilot four-day program this year. While you may notice that many of the companies experimenting with this idea are on the small side, a few larger companies—including Panasonic—have begun dipping a toe in the water, as well. There’s even a global think tank of sorts now devoted to helping companies run pilots and assess the results. (Initial results are very positive, of course, and point to yet another advantage of a four-day workweek—it’s an excellent tool for recruitment and retention, at least until it becomes the norm.)

In fact, the concept of a shorter week has become sufficiently mainstream that even some in the government have begun taking notice: a bill reducing the standard workweek from 40 to 32 hours was introduced in Congress last summer.

As you might imagine, most workers, themselves, are on board for this change. One recent poll found that 85% of those Americans surveyed would happily take a four-day week over their current five days, even if all 40 of their hours were crammed into the shortened week. Another found a whopping 90% of Americans believe the 5-day workweek is outmoded, and 97% believe they’d be more productive on a four-day schedule. Notably, 74% of those in this second survey said they’d consider leaving their current job if offered a four-day position.

In truth, talk of a four-day workweek has arisen periodically in this country since at least the Great Depression. There’s no guarantee the idea will stick any better this time than it has before. But given the shockwaves currently being experienced in the world of work, there’s no guarantee it will fade, either. If ever there were a moment for a major shift in perspective, it’s now.

I blog about work-life, diversity, wellness and other aspects of great workplaces as often as I find the time (which means every once in a while). Want to know when my next post comes out? Sign up here!