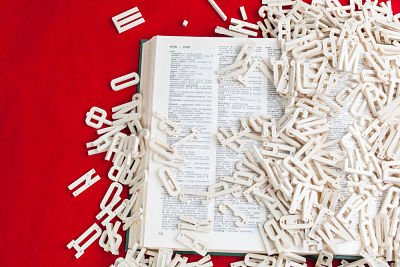 It’s a tired truism that language changes all the time. Meanings change—sometimes, I think, for the worse: not that long ago, “disinterested” meant something completely different from “uninterested” (look it up!)—and I think English has suffered a loss with the melding of the two.

But pedantic arguments aside, words do matter in the real world. Sometimes changes to the language are necessary and important. I’ve been gratified and rather surprised to see how quickly certain changes have moved from odd or (in some cases) even ungrammatical to widely accepted and used, just in the past few years. For example:

From “accident” to “crash.” An accident is something that happens to you. About ninety-four percent of vehicular crashes, according to a New York Times article from a few years ago, “stem from driver behavior like drinking, distracted driving and other risky activity.” In other words, they are entirely preventable—they are no accident. The first mention I can see (in my thoroughly non-scientific Google research) promoting this linguistic switch—comes from an academic paper published by the National Institutes of Health in 2002. Presumably the concept lay briefly dormant after that, or perhaps was slowly spreading in the dark, mushroom-like, but by 2014, according to the Times article, state transportation departments around the country were changing their nomenclature, and in April of 2016 the AP stylebook made the change official for huge swathes of the media. All of which explains why, after first hearing a news story on the topic just a few years ago, I almost immediately noticed a complete switch from use of the word “accident” to the word “crash” in news reports.

From “slave(s)” to “enslaved person/people.” This is another terminology change that has seemingly been slowly spreading until I suppose it reached a tipping point. Until what seems like a minute ago, I had only ever heard those who were bought and sold in the transatlantic slave trade referred to as “slaves.” Suddenly, everywhere I turn the language has changed: the people who used to be referred to as slaves are now referred to as “enslaved people.” I love this change. For me, at least, it provides a visceral demonstration of the overwhelming power of language—in one stroke changing people from the objects that they were once perceived to be to the humans that they actually were, and hammering in the message that “slaves” didn’t just appear in a vacuum—it took other humans to enslave them. In an essay about the ongoing debate over this linguistic shift, Lucy Ferriss provides this crystallizing example:

“In the biography of a Missouri governor, David Francis, I read that Francis’s father ‘sold the farm, the horses, the cows, three of the slaves, and both the gold watches. … His meager possessions included one slave, an 8-year-old mulatto boy. Five years later, [he] owned no one.’ The point of this biography (published in 2001) is not the plight of those who were enslaved by the senior Francis, yet I’m struck by the objectifying language that allows the reader to feel only the plight of the fallen white family.

“Are we ready to write and read biographies that might word this information as ‘sold the farm, the horses, the cows, three of the people he was enslaving, and both the gold watches. … His meager possessions included one enslaved, mixed-race 8-year-old boy. Five years later, [he] lacked the means to enslave anyone?’”

Wow. The difference is like a punch in the stomach.

From “he or she” to “they.” Once again I stand in awe of how quickly this change—which involves not only a different word or phrase but a different grammar has caught on. When I first wrote about it a few years ago, most people still felt that while it might occasionally be ok to use “they and their” as singular pronouns (e.g., “each employee should submit their receipts via the new online portal”) on the whole they squirmed at its widespread use. Today, I see “they” and “them” used regularly as singular pronouns in media, employee and marketing communications, and more. And once more the significance is profound: not only does it provide an easy and rather elegant solution to the problem of sexist language, it expands inclusiveness even further, making room for the growing number of individuals who identify as neither male nor female.

I could name countless other examples. Language I threw around casually as a child—or even a decade ago—is now (rightly) seen as offensive. “Disabled person” has become “person with a disability.” (I can’t even say the then-name of the organization I volunteered with as a teenager, which provided services to children with developmental disabilities). The many changes and advances to terminology like LGBTQ+ are another example. “Black” and “White” to describe racial identities have moved from lower to upper case first letters in many circles.

I admit, it can be hard to keep up. It can be dizzying. But it is also glorious, demonstrating again and again the revolutionary power of words.