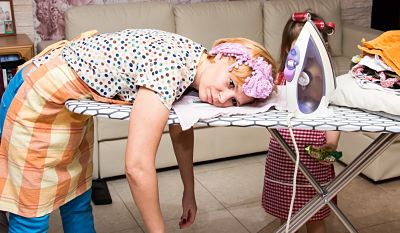 A little more than a year ago, as March began, the topic of women and their progress and their many accomplish- ments was everywhere. Employers around the country, eager to showcase their own (often-genuine) diversity creds, were just starting to host panels and book groups, mount exhibitions, and post articles honoring women in history or even women within their own organizations.

Little did they know that 2020 would turn out to be the year women’s history got set back about five decades.

Admittedly, things aren’t as bad as they were in 1970. Women today are able to get a mortgage, get and keep a job while pregnant, and quite literally wear the pants in the family. I will confess to having been around then, although still a kid; in retrospect the things I took for granted about what it meant to be an adult woman astound me.

Nonetheless, by any measure, 2020 was a setback for women’s roles and women’s careers. By last September U.S. women, who comprised 46% of the pre-pandemic workforce, had lost 54% of the jobs. In that month alone, four times as many women as men dropped out of the labor force. In December, every single one of the 140,000 lost jobs belonged to women. This despite the fact that women work disproportionately in the kind of frontline jobs—from nursing and caregiving to grocery check-out—that have been deemed essential during this time.

Even women who have not, officially, dropped out of the workforce have tended to scale back. Not included in the job loss statistics are the women who are reducing their hours, turning down (or being turned down for) promotions, or foregoing new career-enhancing job opportunities.

The reasons for all this have been much discussed. Men may be doing more childcare and housework than they were 50 years ago, but they still are doing way less than women. And apparently as these responsibilities have increased—with children now being Zoom-schooled, housework expanding to accommodate multiple people under the same roof 24-hours a day, and a general upheaval in our daily habits and routines—it’s women who have taken on the bulk of added work. Meanwhile, employers generally are doing nothing about this at all.

One of the things that I find most disheartening about all this is what it reveals about the state of women’s equality in the first place. It’s as if all our progress over the past several decades has been built on a poorly designed and crack-filled scaffolding. COVID-19 has knocked down the superficial façade to reveal those cracks—even as the scaffolding collapses under its weight.

Since we will need to build back when this is all over, it would be wise to identify where those cracks were, and do what we can to avoid them next time. Here are just a few of the things we ought to be considering:

These are a few of the cracks in the scaffolding that had been supporting women’s slow but steady advancement toward equality in the United States over the past few decades. No doubt there are others as well. I certainly don’t look upon what has happened to women in the last year as any sort of a blessing. But since we have landed where we are, let’s make the most of it and see how we can build back stronger.