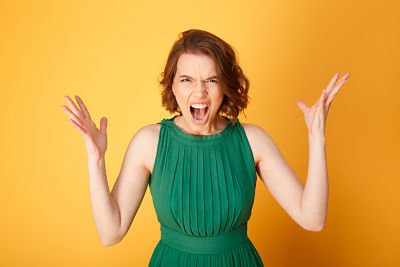 One day a couple months back, two articles appeared on The New York Times op/ed page, both focusing on the nation’s continued lack of support for parents. Or specifically, as both pieces pointed out, for mothers:

Many mothers are single, and even when a mother has a partner, when a parent has to quit a job to stay home, most often it’s going to be the mother.

Pollitt’s article pointed out that the cost of child care, is, in many states, as high or higher than tuition at a public university. Yet the vast majority of U.S. parents are on their own to either figure out how to pay for it, or find an alternative. When willing grandmas are not around, “alternative” generally means resorting to unlicensed, often sub-standard or even dangerous care. Or, as in the passage I quoted, quitting their job. For obvious reasons this last is almost never going to be an option for single parents, or for women among the many dual-earning couples who can’t live on a single income.

Yet the last time a national child care policy was seriously debated was 1971.

Finding good and affordable child care is just one of the problems working mothers face, of course. Even the best child care falls through sometimes. But how many women have the flexibility to re-arrange their schedules or take (paid) time off when this happens? Most center-based child care programs still operate during “normal” business hours. Yet 20 percent of workers in the U.S. work non-standard hours, and the percentage rises to 28 percent for very low-income workers. And let’s not even get started on the number of women working jobs with unpredictable scheduling.

As children get older, they enter schools that close at 3, schedule daytime parent-teacher conferences, and have extra-curricular and even classroom-based events that depend on a system of parent volunteers. While a tiny percentage of employers provide policies intended to ameliorate some of these difficulties (flexible work, back-up child care programs, etc), most mothers in this country are left on their own to cope.

Is this a problem for the United States only? Caitlyn Collins decided to find out, interviewing 135 middle-class employed mothers in Sweden, Germany, Italy and the United States to understand their work-family conflict. While this is an admittedly very limited sample, focusing on just one social stratum, it’s worth attending to what she heard.

Collins’s research makes it clear that working while parenting is not easy for anyone. Cultural expectations for mothers, even in countries with great policies, continue to create undue stress for women. And policies in European countries, contrary to popular belief, are far from perfect. Apparently Germany’s three-year leave policy feels a bit too long for some mothers, who report a social stigma if they want to return to work before the leave is up. And although public policy in support of mothers in Italy is decidedly more generous than in the U.S., it is still quite limited.

The biggest difference that Collins found between the women she spoke to in Europe and those in the United States was attitude. In the U.S., not only are women on their own to figure out how to make it all work, they accept that they are on their own. When women in Italy struggle, they understand that it is a systemic problem and blame the system. When women in the U.S. struggle, they blame themselves, and feel like failures. Not surprising, really, since—as Pollitt points out—even at a time when some remarkably progressive policies are beginning to be taken seriously by at least a portion of the population, the problem of child care remains largely ignored. In such an environment, why would most women even consider their problems to be anything but their own fault?

Every mother I know (including me) has gone through this. We all know what it is to face a world that just assumes we’ll figure it out and, if we don’t, tells us to try harder. Often as not, we get blamed for whatever “choices” we finally settle on. Maybe it’s time for a #MeToo of sorts for moms. Not just the sharing our stories part—that’s helpful, but plenty of our stories are out there. I’m talking about the accountability part. Let’s start telling our leaders, “This problem isn’t my fault. And I can’t solve it alone.”

Anyone got an idea for a hashtag?