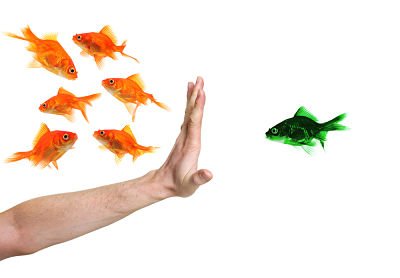 Last month I attended the Great Place to Work Institute’s annual conference, and once again I was struck by how things have changed.

Great Place to Work Institute (aka GPTW) is the organization responsible for Fortune’s annual “100 Best Companies to Work For” list, as well as a bunch of other best workplace lists published in that magazine throughout the year.

I have been attending this conference for years. Until 2017, I found it to be an entertaining but somewhat troubling event. Why? Because I wasn’t so sure those companies celebrating being great employers were really all that great. Speakers—often white male CEOs—would give presentations on how fun their workplaces were. They’d show funny training videos, proving you don’t have to take a stuffed-shirt approach to employee development. They’d describe literally throwing out the employee handbook and replacing it with common sense. They’d talk about fun team-building events, happy hours, leaders walking the halls in costume, and fooz ball brackets.

What they didn’t discuss—at least, not often enough—was job satisfaction. As in, feeling good about the work you do. Feeling you are compensated fairly and treated well, no matter where you sit in the organization. Knowing that there are structures in place to support you in this.

One of the things I do is help companies write their applications to be on these “best workplace” lists, so I know very well how strong a culture a company has always needed in order to get on the Fortune 100 Best list. And to be fair, I know that this strong culture has always required leaders who listen and share information, practices that give employees some say over where and when they do their jobs, etc. I know that contenders complete an unusually long and detailed application, going into great detail about their processes for hiring, developing, communicating, promoting diversity, compensating and more.

And I know that two-thirds of the scoring for the Fortune lists has always been based on a confidential survey of the employees, themselves. If they say their organization is a great place to work, who am I to contradict them?

And yet until a couple years ago something was missing. For one thing, it seemed to me back in those days that there was too much emphasis on culture as an amorphous thing; not enough about more codified practices that ensure a great culture will survive beyond the whims of leadership. And it seemed to me that most often the employees being described in these great workplaces had certain things in common: most were office-based, salaried, knowledge workers. Not coincidentally, these are the kinds of positions still disproportionately held by white men.

Michael Bush thought this was a problem, too.

Bush is the guy who took over as CEO of GPTW a couple years ago, and apparently one of the first things he did is rechristen the conference, Great Place to Work For All. Bush is African-American and he clearly cares deeply about diversity and inclusion. But his view of inclusion is unusually expansive.

It is Bush’s firm belief that a company can’t be a great place to work unless everybody—everybody—experiences it as such, regardless of their job level, responsibilities, age, color, gender and sexual identity, education, years of service—you name it. In order to create a workplace like this, you need to look hard at your policies, programs and practices and make sure they are equitable. You need a culture infused—from bottom to top—with a sense of values and purpose. And you need leadership that is credible, communicative and respectful—leaders who listen.

How does GPTW determine if this is the case? Same way it always has—it asks. Companies applying to be on one of these lists must still administer the employee survey, which has barely changed over the years. The difference is in how the data is now cut. It is no longer sufficient for a company to have overall (very) strong scores in response to statements like, “Management is approachable and easy to talk with” and “I can be myself around here” and “I feel I make a difference here.” Now, survey responses are cut every which way by demographics, and GPTW takes a close look at the gaps between experiences of employees in different buckets: male v. female, older v. younger, entry-level v. senior level, hourly v salary, white vs. non-white—etc.

It’s not that they expect perfection: it is understood that in nearly every organization there will be gaps in the scores of different employee groups—it’s about how big and how many these gaps are. (Companies, in the meantime, must also still describe what they have to offer, but now with an emphasis on how they make sure everyone is included.)

Not only does a “for all” approach make for a much fairer workplace, GPTW has the numbers to demonstrate how vastly it can affect the business. Here are just a few examples, taken from the just-released A Great Place to Work For All,  by Michael C. Bush and the Great Place to Work Team:

Looking at several hundred companies that have been “great place to work certified,” a process that requires the same employee survey as the 100 Best list, GPTW found:

From these and other findings, it seems pretty clear that there’s a business case to be made for making workplaces truly equitable (besides, of course, it just being the right thing to do). I’ve got nothing against funny training videos and leaders in goofy hats, but smart employers are beginning to see that there’s a more serious side to building culture. It’s not going to be easy. But few such important initiatives are.

Trying for a corporate award? Slogging through an RFP? You can’t win if you can’t tell your story. Why not let me give you a hand?