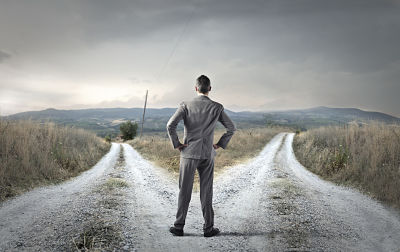 U.S. companies have entered that awkward stage. Like young teenagers with a crush, they look uncertainly across the room and wonder what their next move should be. Insist employees come back to the office? Tell them their office days are over? Mandate some days on, some days off? Leave it up to individuals or teams?

Less than two years ago everyone seemed to be on surer footing. In those halcyon pre-pandemic days, most employers took it as a given that employees belonged in the office—period. Yes, many companies had telecommuting policies on the books, available to some when circumstances aligned just right. In theory, many had flexible hours, too. But working together on-site at the same time was the norm for almost all white collar workers, and no one thought twice about it—it was the way it had always been done. In fact, if questions arose at all they were around the wisdom of allowing anyone ever to work from home. Yahoo famously made a point of calling all remote workers back to the office in 2013, citing the spontaneous creativity that supposedly arises when employees mix and mingle in the same space. And sure enough, many of those companies who are now taking decisive action to bring employees back are spouting the same (questionable) logic.

But a year of upside-down living has stirred up a lot of new ideas about how, when, and where productive work can take place. There is no longer a question of whether an office-based company can survive without the actual office: we have proven decisively that it can. In fact, in many cases it can thrive. Even before most employees across the country have returned to their worksites, the economy is booming. With that question out of the way, what’s a company to do?

As somebody who has worked out of my own home office for more than 20 years, I personally look on this kerfuffle with some amusement. Of course people can be productive anywhere, at any time. As one who often works with and writes about companies that are striving to be employers of choice, I admit there are some compelling-sounding arguments on both sides. Ultimately, however, I come down on the side of making telecommuting the norm. Here’s how I would counter some of the prevailing arguments in favor of returning to the office, starting with the “water cooler as idea-generator” concept:

People need to be working face to face in order to innovate and generate new ideas.

An excellent article in The New York Times recently summed up both this question and its answer in a single headline: “Do Chance Meetings in the Office Boost Innovation? There’s No Evidence of It.” The article quotes, among others, Harvard Business School Professor Ethan S. Bernstein:

“There’s credibility behind the argument that if you put people in spaces where they are likely to collide with one another they’re likely to have a conversation. But is that conversation likely to be helpful for innovation, creativity, useful at all for what an organization hopes people would talk about? There, there is almost no data whatsoever…All of this suggests to me that the idea of random serendipity being productive is more fairy tale than reality.”

Indeed, my own long-ago experience working in offices supports the idea that all this additional conversation—though fun—generally has little at all to do with the work, itself.

Many employees really want to go back. They miss the camaraderie.

No doubt that’s true. And it’s a compelling argument for at least a part-time return to the office. However, spending time in an office every day, or many, rigidly-scheduled days each week, isn’t necessary in order to create opportunities for live interaction among employees. Some companies, like Ford and Salesforce, are turning their offices into secondary workspaces of sorts, used a few days a week or as-needed for meetings and collaborative work. I’ve even heard about fully remote teams who exchange the expense of real estate for the cost of regularly flying everyone in to hang out together for a brief period. And the other side of this particular coin is that many employees don’t want to go back. In fact, the thought of going back is one of several factors apparently making them resign in droves.

Being onsite is particularly important for newer, early-career employees, who may get lost without the mentoring and support of their leaders. Even those farther along in their careers will have greater visibility and ability to network if they are working on-site.

That’s reasonable. But in terms of the newer employees, I’d argue a lot of them were already getting lost—just being at the office doesn’t guarantee mentoring or support or even that your questions are answered. Good managers make that happen with new employees, and they can make it happen just as easily with remote ones. As for greater visibility for employees generally, the key again is strong, intentional leadership.

But more to the point, the greater visibility question reveals a long-standing problem: people who find it hard to work full-time in an office tend to be on the losing end of the great career race. Put another way, remote work—and the much greater time flexibility that it often permits—is particularly helpful to caregivers (usually women), people with disabilities, people who can’t afford to live close to the office, people who do their best work at non-standard times, and so on. Because it may also knock down geographic barriers to the hiring pool, it promotes other forms of diversity, as well. So it seems to me the visibility argument is as much an argument for everyone working remotely as it is for everyone returning to the office.

I’ll admit—this is the best pro-office argument I’ve seen. Living in New York City, I can see how acute this problem is, and I feel for all those deli-owners and shopkeepers and food truck workers. There are also the cleaning and cafeteria staff in the office places, themselves, who may find themselves out of work. I don’t have an answer for this—cities may have to go through a painful evolution, and hopefully policy-makers will continue to find ways to support these small businesses and their employees in the meantime.

Ultimately, many businesses will likely continue to insist that working onsite together as much as possible is the ideal. Most will either call everyone back to work or settle on a hybrid arrangement that favors more on-site work than off. Nonetheless, the past year has opened both employer and employee eyes to the fact that there are many different ways to get work done, and with luck the days of regarding telecommuting as a poor cousin to real work and innovation are forever gone.