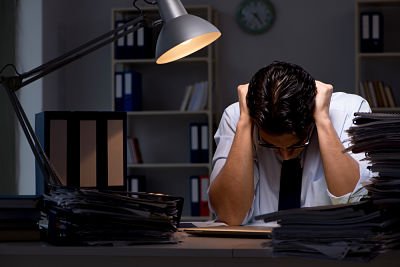 When in the past would a candidate’s history of mistreating employees have been a thing?

The news about how Senator Amy Klobuchar has treated her staff, beginning as rumors but now increasingly well-documented in multiple credible news sources, is disappointing and sad. But here’s another way to think about it…four years ago, would it have even been news?

If you aren’t caught up on this particular story du jour, the senator, a Democratic presidential candidate, has been accused by a shocking number of former staffers of screaming, humiliating and throwing things at them, requiring them to perform inappropriate duties like washing her dishes and picking up her dirty clothes, and even bad-mouthing them to potential future employers. Not surprisingly, her staff has had some of the highest turnover of any in the Senate.

(On a policy level, things are apparently not much better. Her office’s parental leave policy includes a requirement that following their paid leave, employees must remain in their jobs for at least three times as long as they were away—or otherwise pay back the money they earned during the leave. There is conflicting evidence on whether or not this policy has ever been enforced, and Klobuchar’s office has now said they will be revising it.)

It sounds like this time rather than wearing Prada, the devil may wear a folksy Minnesota smile.

But the reaction people are having to it—the fact that it is being widely talked about and covered as news—is reminiscent of the sea change that is #MeToo, where suddenly behavior that would have been dismissed as unimportant or irrelevant not too long ago is bringing careers to a crashing end and, in some cases, landing the perpetrators in jail.

Of course, we don’t know where it will end with Klobuchar. Given how vast and varied the sources, it seems impossible the charges aren’t true. Yet, as an issue in the presidential race, it could blow over. The senator has defenders among her current and former staff, and even without their testimony the whole thing could easily be forgotten by next week. It is also important to note that, unless something truly unexpected emerges, the behavior she is being accused of—while utterly cringe-worthy—is not on the same level as sexual harassment or abuse.

But it is abuse, nonetheless.

Some are saying that the only reason Senator Klobuchar’s behavior is being flagged is because she is a woman—no male candidate would have his behavior as a boss scrutinized. “Bossy,” is, after all, a term uniquely applied to women. When this controversy first arose, I heard some pundits dismissing the charges as being equivalent to that epithet: bossy. At the time, not having not heard any of the specifics, I agreed. With more information, I no longer think it’s just a case of a woman making people uncomfortable by exhibiting strong leadership. Nonetheless, there is absolutely no question that female candidates are held to a very different standard than male, and it is fair to say that if this story were about a male candidate it might not have become a story at all. Unless and until a similar story surfaces about a male candidate, there is no way of knowing.

But for me, the very fact that a candidate for president’s qualifications are being questioned based on the way she treats her subordinates is surprising—and heartening.

The truth is, it is not possible to be both a strong leader and a serial staff-abuser. Maybe the fact that this finally seems to be dawning on the general public means that organizations will begin to take it seriously, too. Maybe more companies will start holding leaders accountable for certain kinds of behavior, making clear that how things get accomplished is at least as important as what gets accomplished—and rewarding, or penalizing—managers accordingly.

I am sorry to have learned this truth about a well-respected senator and rising star in the Democratic party. But I’m heartened to realize that in 2019, the way managers treat people matters.