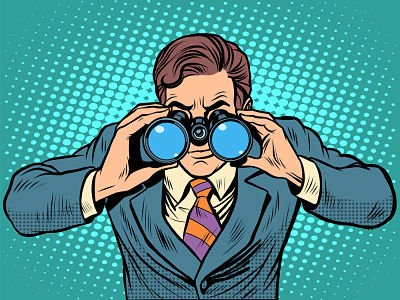 Not long ago, I sat down to write a blog post about facetime vs Facetime. The premise was that, in the course of the last year, the meaning of “facetime” has morphed from a demand by managers that employees work within their sight (i.e., onsite) into a symbol of the virtual worksites so many employers have now accepted as reality. It seemed an interesting irony that a word that once implied a lack of trust now meant the opposite, as employers discovered that the smart, talented employees they had hired could, in fact, get the work done without being watched every minute.

Neat concept, huh? The only problem is, I soon discovered a gaping flaw in my logic.

It’s true that more and more employers are announcing extended and, in some cases, permanently expanded work-from-home policies—with some going entirely virtual, presumably forever. It’s nice to think that this is because they have finally realized that working from home works—that all the fears they might have previously had about out-of-sight employees goofing off and wasting time aren’t warranted. That in fact engaged employees generally want to do a good job, and that it’s pretty easy to figure out when someone isn’t performing well, even without watching their every move.

However, in researching this story, I came to the sad conclusion that this isn’t exactly the way it’s gone down. I’d heard, of course, about the software some companies use to monitor their employees’ work from afar. What I hadn’t realized is how prevalent it is. According to a post on ZDNet, search engine queries for ”How to monitor employees working from home” increased by a whopping 1,705% in April and 652% in May 2020, compared with searches the year before. As of last June the research and advisory firm Gartner found that 26% of employers were using some kind of surveillance or monitoring software on employees—up from 16% in April. This statistic takes on larger significance when you realize that that fewer than half of all U.S. employees are currently working from home.

This monitoring takes a variety of forms, from the possibly reasonable to the downright creepy. Numerous companies are presumably making a killing selling software that runs the gamut. Some simply monitor when an employee signs into and out of work. Some, like Teramind (I’m not even going to begin to try to parse that name) let you jump in and see what’s on employees’ screens at any given moment, read their ingoing and outgoing emails, review their every keystroke, provide individual “productivity” graphs based solely on counting the minutes spent in approved online activities, and more.

Similarly, Microsoft 365 offers a “productivity score” feature. It suggests companies use the aggregate data it provides about employee time spent online as a way to assess the efficiency of their tech systems, but there’s a catch. Employers can drill down from the aggregate data to the individual, honing in on each employee’s online behavior.

Others, including one aptly named Sneek, take pictures of employees through their laptop cameras every one to five minutes, presenting managers with a constantly updated “wall of faces.” (To be fair, Sneek, at least, markets itself as a tool for teams, so they can retain camaraderie and stay in touch, and some companies do apparently use it for this purpose. However, it is clear that others are using it for more nefarious functions.)

Software by Hubstaff, among others, includes a feature to monitor employees’ movements when they are out of the home office, via their phones. At least one type, made by Interguard, can be installed on employees’ computers without their knowing it (although the company doesn’t recommend it). According to the Washington Post, Interguard not only creates a “minute by minute” timeline of every app an employee views, labeling these minutes as productive or unproductive in order to create an overall productivity score, it can also use keywords to alert employers of any “suspicious” behavior—such as flagging words that might indicate job hunting.

I’m sorry, but I just don’t get it. Correct me if I’m wrong, but don’t jobs generally have job descriptions? Don’t most employees have assignments, projects, quotas, deadlines? Teammates or colleagues they are accountable to? Why in the world would their performance be judged by the number of keystrokes they produce, or the number of minutes a camera can spot them staring at a screen? Isn’t it more accurate to judge their performance by their work?

It’s almost like all these employers are misinterpreting the word “performance.” Putting on a show by sitting at a desk acting busy is indeed a kind of performance—but perhaps not the kind we should be hoping for from our employees.

The application for all the Working Mother family of “best company” lists is out. I can help you tell your story