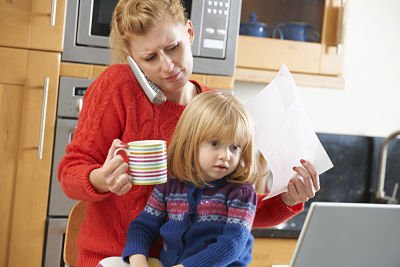 My son graduated from music conservatory with a degree in composition last spring, so naturally he’s back in his old bedroom and, currently, earning some part of his keep by babysitting.

His job includes picking up kids at a private school, often  afterwards heading to the school playground. The school has even issued him an official ID for this part of the job, complete with his status: Caregiver.

And his comment, after the first few days of this?

“I can’t believe it’s so gendered.” In other words, almost no other adults coming to pick up the kids, or hanging out at the playground—be they parents, family members, or hired caregivers—are male.

It may be hard for him to believe but, unfortunately, it’s  something I can believe all too easily. Even as women’s participation in the labor force nears parity with men’s, even as they have been the dominate gender in college graduations since 1982, even as they (very gradually) become CEOs and board members, women are still taking care of our kids and often our parents, too. Women are entering worlds that formerly belonged to men, but the same can’t be said in reverse.

I was reminded of this when I read two columns posted on the excellent 1 Million for Work Flexibility blog a few weeks back. The two were companion pieces, written by Jennifer Parris. One was called  “Five Female Executives Outspoken About the Value of Flexible Work.” The other was—you guessed it— “Five Male Executives Outspoken About the Value of Flexible Work.”   By “executives” Parris meant CEOs, board chairs, founders, or some combination of these: the most senior people of all, overseeing vast workforces at highly influential organizations (Huffington Post, General Motors, Virgin Airlines, etc). And, true to the article titles, each had been outspoken about the value of flex work.

There the comparison ends:

In talking about the importance of flexibility, three of the five women (all CEOs) talked about their own families. Not one of the men mentioned his own family situation.

In talking about their workforces, only one of the five men even mentioned the word “family” (no one mentioned parenting or caregiving) and that mention, by PwC Chairman, Bob Moritz,  goes like this:

“PwC shuts down from Christmas through New Year’s to give the entire company a chance to fully enjoy the holidays and connect with loved ones. We give everybody extra time off. Email traffic goes down to zero, and we say, ‘Disconnect, recharge your batteries, go see your friends and family, enjoy yourself and come back refreshed.’”

The two women who refer to employees’ families, on the other hand, are referring not to “hanging out with family” but to caregiving responsibilities:

“As someone who’s in both employer/employee situations (I’m a CEO, a mother of two boys, and I’ve helped provide care for my parents in the past), I know how hard it can be to keep up with the daily juggle. At my company, I’m responsible for encouraging an open policy where we give our team members the flexibility they need to manage their family lives while also being honest about my own obligations with our management team.” (Shiela Marcelo, Founder and CEO of Care.com)

“Nooyi acknowledges that it can be hard for people, especially working parents, to find work-life balance. That’s why she is implementing an on-site childcare for PepsiCo employees and near-site childcare for Texas-based employees. Said Nooyi:  ‘That’s just part of our larger effort to make sure we’re supporting our working caregivers in every way we can and empowering people to build not just a career, but a life.’” (Indra Nooyi, CEO of PepsiCo)

The five male leaders—to a man—describe flexibility as a business tool: they use it to attract top talent, tap into greater creativity, allow employees to refresh and recharge, provide a much wider pool of potential applicants, attract millennials, and make employees happier and thus more productive.

In contrast, not one of the women mentions the business case for flexibility. (The closest they come is Susan Wojcicki, CEO of YouTube who “… credits leaving work at work [herself] for being able to come up with fresh new ideas plus [it] helps her focus on what truly needs to get done.”

But the bit I found most illustrative of the cavern that still separates the experiences and expectations of men and women today, vis-a-vis caregiving, is a story told by Indra Nooyi. Parris quotes extensively from a piece Nooyi posted on LinkedIn last summer:

I’ll never forget coming home after being named President of PepsiCo back in 2001. My mother was visiting at the time.

“I’ve got great news for you,” I shouted. She replied, “It can wait. We need you to go out and get some milk.”

Then she says, “Let me explain something to you. You may be President of PepsiCo. But when you step into this house, you’re a wife and mother first. Nobody can take that place. So leave that crown in the garage.”

She was right, of course. No matter who we are, or what we do, nobody can take our place in our families…

Nooyi goes on to say how she has taken this lesson to heart, and how it’s one of the reasons behind PepsiCo opening those child care centers. But, reading this, I couldn’t get beyond the image that sprang immediately to mind…

…of Nooyi reimagined as a man. Perhaps her brother.  And of what would have happened if he’d come home to announce that he’d just gotten a job as president of a Fortune 500 company. Would he have been shushed and sent out to get milk? Would he have been admonished to “leave his crown in the garage”—and reminded that at home he is a husband and father first?

What do you think?

I’m heading to the Great Place to Work Conference this week…ground zero for the Fortune 100 Best Companies list. Watch for my tweets from the front lines, starting Thursday: @RobinHardmanCom

Need help with your diversity or benefits communications? How about that corporate award your boss is bugging you to apply for? Drop me a line!