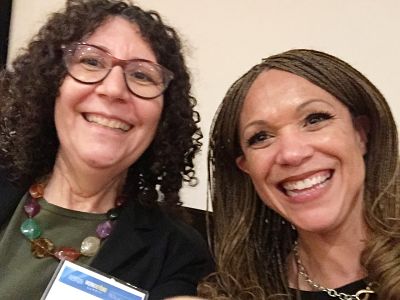 Last week Working Mother Media held its annual conference, now called the WorkBeyond Summit (this year’s theme: “Transform to Innovate: What’s Next?”) The event, which culminates in a gala dinner honoring organizations on the Working Mother 100 Best Companies list, brings together representatives from these and other companies as well as research and advocacy groups and vendors/consultants for a couple days of presentations, panels and small group workshops.

I couldn’t make it to everything of course. And while many of the sessions I did attend showcased policies, practices and research that were good to know about, only a couple went beyond that. Two, in particular, stood out for their refreshing approaches to familiar topics.

Deanna Bass Takes On Some Chestnuts

Deanna Bass, Director of Global Diversity & Inclusion with Procter and Gamble, shared her powerfully unconventional approach to advancing women in the workplace. In a breakout session called “Women at Work—Exploring Myth vs. Reality,” she and her co-presenter, author and Seneca Women cofounder Kim Azzarelli, dismantled the assumptions too many of us share. Some seemed a little obvious to me, e.g., “STEM is a man’s thing” (Unsurprising reality: women do well in STEM.) And although I know practice has a long way to go to catch up with theory, does anyone in the mainstream of American thought really subscribe to the idea that “household chores are women’s work”—another “myth” on their list?

But two of the myths caught my attention.

Myth number one: women need to fix themselves. This is the “Lean In” perspective—women lack self-confidence, they don’t step up enough, they don’t take risks. The reality? It’s not women who lack self-confidence. Women are often realistic about their own abilities and shortcomings. It’s men who too often over-estimate their own potential. Think of the oft-repeated phenomenon in which, faced with a job description listing five criteria, women who fit four of the five won’t apply, whereas men who fit just two often apply anyway. Does this indicate that women need to step up and show more confidence? No! It indicates that a lot of jobs are going to under-qualified people!

Myth number two: The accepted chestnut that the reason there aren’t more women at the top of corporate America is that there aren’t enough qualified women for top jobs–the myth of the pipeline. The fact is, U.S. women earn 40% of the MBAs from top schools, possess 47% of the law degrees, and hold more than 50% of professional-level jobs, said Bass. All in all, she estimates that there are about 37 million women in this country who are qualified to be CEO. Twenty-four Fortune 500 companies are currently led by women, so if we’re aiming for parity we need only 226 more of them to become CEOs. Even if you eliminate women who aren’t interested in the job, who are already leading in other sectors, who don’t have the specific background needed for a particular industry—even if you whittle the 37 million down to, say, 5 million—that still leaves an awful lot of contenders for 225 positions. In other words, the pipeline myth is numerical nonsense.

I’ll admit, I’m a fan. Professor, writer and political commentator Melissa Harris-Perry hosted a weekend television news and opinion show on MSNBC for several years. She was smart, witty, and direct, and I caught the show as often as I could. So when she turned up as a presenter for one of the summit breakouts, I made sure to be there.

The session was called “Unconscious Bias to Inclusion Forward” and Dr. Harris-Perry’s premise cut right to the chase: unconscious bias is real (and universal), but it’s not particularly relevant to most work situations. That’s because it manifests in just a few split seconds, and, with the exception of emergency room doctors and police officers, most of us have the time to get past it and make considered decisions. What about when someone makes a considered decision that’s discriminatory?  Well, that’s just bias, plain and simple. Nothing unconscious about it!

Getting past plain and simple bias to true inclusion calls for something much more than training. It requires intellectual empathy—the ability to understand, as much as possible, someone else’s experiences and perspective. (This goes beyond emotional empathy, which is more of an instinctual mirroring of another’s feelings.) Achieving intellectual empathy with someone who has a different background or identity, or simply holds a vastly different view of the world, take a lot of time and conscious effort. We spent the brief few hours of our workshop racing through some exercises designed simply to give us a feel for how to begin.

The exercises we spent the most time on involved thought experiments and discussions around fostering genuine curiosity to answer the question: what truths are missing here? (This means thinking about factors such as “Who is not in the room? What voice have we not heard? Is there too much consensus? Am I open to learning more?” and so on).

We also spent some eye-opening time on building trust based in mutual accurate recognition. In this case, we had about 10 minutes in small groups to work our way through the literacy test required of (certain) voters in 1965 Alabama. I certainly knew about poll tests and had even seen some examples, but going through these ridiculously difficult questions  and realizing how relatively recently they were in use—especially given what’s going on with voter suppression today—was a deeply troubling experience.

Dr. Harris-Perry barely had time to scratch the surface of her thesis during this session, but it was enough to demonstrate how much there is for all of us to learn and do. In closing, she begged us not to see efforts to understand and communicate as difficult or painful conversations—as they are so often called. Instead, she introduced the metaphor of Double Dutch jump rope.

Double Dutch, in which participants jump through two ropes being swung simultaneously in opposite directions, takes concentration, teamwork, rhythm, care for others (so no one gets hurt), watchfulness, and more. Not only that, but when done well, it draws a crowd—it is a group or even community event. Double Dutch may be hard, but it is hard in a satisfying sense, not a painful one.

Dr. Harris-Perry kicked off her heels to demonstrate, and then graciously agreed to selfies with her many fans.

In my next column I’ll give a run-down of what the Working Mother “100 Best” companies have to offer that most other organizations do not.